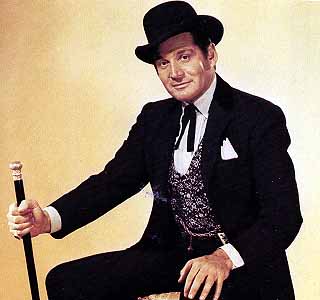 There’s a reason why the 1950s and 1960s are called the golden age of television: the shows were great. There were Westerns galore. Here are some selections:

Bat Masterson Season 1 Episode 4 titled “Stampede at Tent City” first aired on October 29, 1958. Bat takes on some wranglers who are stealing horses. This is complicated by an old girlfriend of Bat’s whose current boyfriend is accused of murder and set upon by a mob led by the wranglers. The cast includes Gene Barry, William Conrad, James Best, Joan Marshall, Joseph Breen, Troy Melton, and Tom Vize. Running time: 25:51.

The Cisco Kid Season 1 Episode 18 titled “Confession for Money” and first aired on January 2, 1959. A woman seeks the help of Cisco and Pancho when a man with financial troubles confesses to a crime he didn’t commit simply to get money for his mother’s surgery. Yes, these episodes were in color, even though most of us did not have color TV — let alone our own TV — at the time. The cast for this episode includes Duncan Renaldo, Leo Carriollo, Carol Forman, Richard Emory, Marshall Reed, Frank Matts, Victor Cox, Lane Chandler, and I. Stanford Jolley. Running time: 24:53.