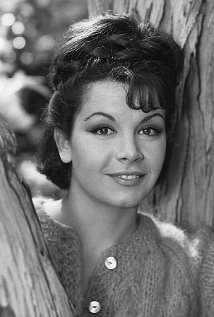 The talented, beautiful, wholesome Annette Funicello was a popular actress, singer, and teen idol for many a baby boomer. She was born Annette Joanne Funicello October 22, 1942, in Utica, New York. Her parents moved to California when she was young. Walt Disney was auditioning children for The Mickey Mouse Club in 1955. He saw her perform the lead role in Swan Lake at her ballet school recital in Burbank. Disney had her audition his TV series, and she became the last of the Mouseketeers picked of the original 24. And her show business career blossomed to the point where she was famous with only one name: Annette. She said, “Whatever dreams I have wished have come true.” 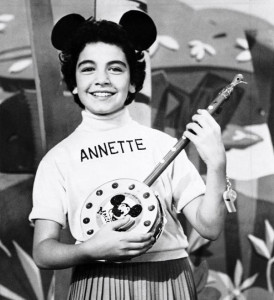 Annette Funicello joined The Mickey Mouse Club in in October, 1955, and became one of its most popular members. 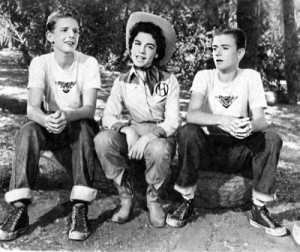 Annette was in the Spin and Marty serials with Tim Considine and David Stollery.

There was her own series in 1958 titled Walt Disney Presents: Annette, which also starred Richard Deacon. Below is Episode 1 of the serial, which is called “The Newcomer.” Running time: 10:40.

Annette was also in Walt Disney’s 1959 film The Shaggy Dog. She played the girlfriend of Tim Considine who was stringing her along, but the audience was sympathetic. 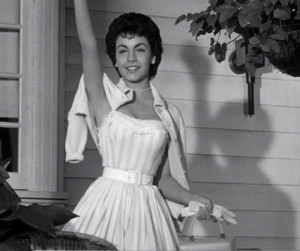 Annette Funciello as Allison D’Alessio in The Shaggy Dog (1959)

Annette had always loved Disney’s Zorro series, which starred Guy Williams. She was in several episodes in 1957. Mark it with a Z, Annette! 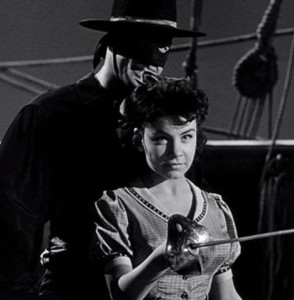 Annette appeared on the Zorro TV series with Guy Williams.

Disney was the only Mouseketeer he kept on contract after he canceled The Mickey Mouse  Club. Danny Thomas borrowed her for some episodes of his show Make Room for Daddy in 1957. Annettee played Gina, a foreign exchange student. 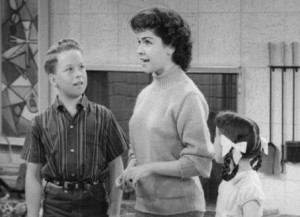 She was on a roll. There was also Babes in Toyland with Ray Bolger and Tommy Sands in 1961. Of course, starting in the Sixties came the Beach Party Movies: Beach Party in 1963 with Robert Cummings, Dorothy Malone, and Frankie Avalon. Oh yes, Muscle Beach Party and Bikini Beach were in 1964. Beach Blanket Bingo and How to Stuff were a Wild Bikini in 1965. And yet, Annette remained in modest attire in keeping with her wholesome Mousketeer image — and Disney’s image. 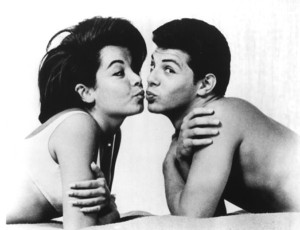 Annette and Frankie Avalon in their bathsuits, poised for a kiss.

Annette could also sing. She recorded about 20 albums. There were hits with Tall Paul in 1959. It went to #7 on the U.S. Billboard Hot 100 and #18 on Cash Box. She appeared performing it on American Bandstand.

Throughout the decades, Annette was in a number of TV shows, including Wagon Train, Burke’s Law, Love American Style, Fantasy Island, The Love Boat, and, her final credit, a TV movie A Dream is a Wish Your Heart Makes: The Annette Funicello Story.

Annette was diagnosed with Multiple Sclerosis in the late 1980s. She died of complications from the illness on April 8, 2013.