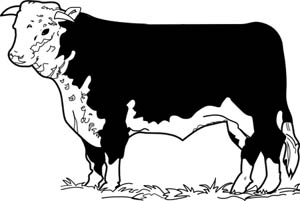 Even though Beef Stroganoff has its origins earlier than 19th-century Russia, it takes its name from Count Pavel Stroganoff, who was part of 19th-century Russian nobility, and a friend to Czar Alexander III. The recipe appears in Elena Molokhovets’ 1861 book A Gift to Young Housewives. Her recipe has floured beef, butter, sour cream and mustard but does not include mushrooms or onions, as some subsequent variations do.

Beef Stroganoff became popular in America in the 1950s, even though it does appear in cookbooks from several decades before, including John MacPherson’s Mystery Chef Own Cook Book and The Joy of Cooking. The use of this much meat and dairy was simply too luxurious for those hit hard by the Depression and the food rationing of the World War II years. However, the new prosperity of the fifties meant beef, butter, sour cream…If you served Beef Stroganoff at a party in the 1950s, and you made it with fresh ingredients and not canned soups, you were a gourmet cook.

Serve on a bed of noodles.

Melt one half of the butter in a large frying pan and cook the onions over a low heat until soft. Scoop out the onions onto a platter.

Sprinkle the beef strips with salt and pepper. Melt the other half of the butter and add the meat. Cook over a high heat until browned and done.

Turn the heat to low. Add the onions back into the pan. Then add the sour cream and mustard (if desired). Stir thoroughly until combined.