Bobby Darin Beyond the Sea

The Heartbeats A Thousand Miles Away

Bobby Darin Beyond the Sea 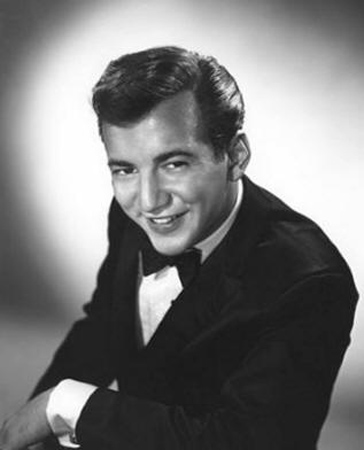 The song “Beyond the Sea” had written by Jack Lawrence in 1946, based on music from a song titled “La Mer” by the prolific French singer and songwriter Charles Trenet. Lawrence’s English lyrics differed from those by Trenet. In Lawrence’s version, what was a seascape becomes a song about a lost love the singer wants to join and will sail no more. In 1959, Darin’s, with its big band arrangement, went to #6 on the Billboard Hot 100, #15 on the R&B Chart, and #8 on the U.K. Singles Chart. There have been numerous versions by many artists, including ones by Benny Goodman, Django Reinhardt, Gisele MacKenzie, Mantovani, Ray Conniff, George Benson, Barry Manilow, Celtic Woman, and Deana Martin, just to name a few. Kevin Spacey sang the song in the film titled Beyond the Sea, which was a biography of Bobby Darin.

Darin was born Walden Robert Cassotto in The Bronx, New York, in 1936. He began as a songwriter and wrote songs for artists such as Connie Francis. “Splish Splash” was own first million-selling record. He had other hits with “Dream Lover,” “Mack the Knife,” and “Beyond the Sea.”  He was a singer and played several instruments, including the guitar, piano, and drums. His music crossed a number of genres — rock and roll, jazz, blues, pop, swing.  Darin appeared in several films. He was in the films Come September  and If a Man Answers with Sandra Dee, whom he married in 1960. In the 1960s, he was politically active and worked on Robert Kennedy’s campaign for president. In 1963, he was nominated for an Academy Award for Best Supporting Actor for his role as a shell-shocked soldier in Captain Newman, M.D.. At the Cannes Film Festival he won the French Film Critics Award for best actor.

He died in 1973 at the age of 37. He had health issues throughout his life, as rheumatic fever he had as a child weakened his heart.

Here are the lyrics to “Beyond the Sea” by Bobby Darin:

I know beyond a doubt
My heart will lead me there soon
We’ll meet, I know we’ll meet, beyond the shore
We’ll kiss just as before
Happy we’ll be beyond the sea
And never again I’ll go sailin’

No more sailin’, so long sailin’
Bye, bye sailin’
Move on out, captain”

If you are interested in reading about and listening to other songs by Bobby Darin: “Mack the Knife,”  “Splish Splash,” and “Dream Lover.”

Please click here for the Daily Doo Wop YouTube channel, to which you can subscribe. Thank you for stopping by The Daily Doo Wop. Hope you enjoyed “Beyond the Sea” by Bobby Darin.