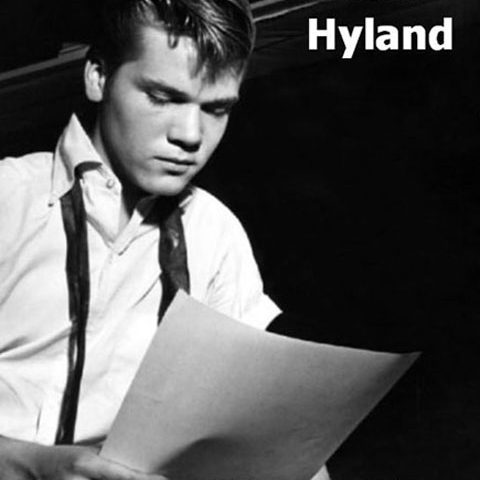 Among some of the favorite golden oldies are the songs of the handsome Brian Hyland. His music is said to have defined the “puppy-love” bubble-gum sound of the early 1960s.

Hyland came from Woodhaven in Queens, New York. As a child he loved music; he played the clarinet and guitar and sang in the local church choir. At 14, he started a doo-wop group called the DelFis. Although the group wasn’t a success, Brian had a taste of the recording studio while working on their demo and loved it. He worked at recording and eventually got good enough to be signed by Kapp Records.

After a few unsuccessful attempts, Hyland had a monster hit at 16 with “Itsy Bitsy Tennie Weenie Yellow Polka Dot Bikini,” which was written by Lee Pockriss and Paul Vance (“Catch a Falling Star” and “Johnny Angel”). This novelty record soared to #1 on the Billboard Hot 100 chart, #8 in the U.K., and #2 in Australia. It sold a then unheard-of million copies in a month and eventually more than two million total copies, which earned it an RIAA gold record.

And then there was “Sealed with a Kiss”…

In 1962, Hyland, who often performed songs by Peter Udell and Gary Geld, heard their song “Sealed With A Kiss.” The record had previously been released in England by a group called The Four Voices and was a flop. Hyland suggested if they picked up the beat, it would be better. He recorded it, and it reached #3 on the Billboard Hot 100, #3 in the U.K., and #22 in Australia.

Hyland has recorded and performed throughout the decades. In our doo-wop era, he was on American Bandstand and The Jackie Gleason Show. He also toured with Dick Clark in the Caravan of Stars. Hyland continues to perform live internationally, often with his son Bodi on drums.

The lyrics to “Sealed with a Kiss” by Brian Hyland create a sad mood:

Please click here for the Daily Doo Wop YouTube channel, to which you can subscribe. Thank you for stopping by The Daily Doo Wop. Hope you enjoyed “Sealed with a Kiss” by Brian Hyland.