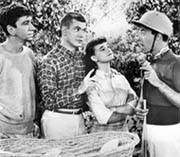 Chatsworth Osborne Jr., was one of the recurring characters on the TV series The Many Loves of Dobie Gillis. Despite his family’s wealth and his claim to have one of the highest I.Q.s ever recorded in the Western Hemisphere, Chatsworth goes to public school along with Dobie-do, Maynard, and Zelda. Ostensibly, it’s to round him out. Chatsworth also says he speaks eighteen languages and is three times intercollegiate fencing champion, two times intercollegiate court tennis champion, three times intercollegiate archery champion , and winner of the North American Decency Trophy four years running. Chatsworth also followed Dobie into community college and the U.S. Army. Imagine that. 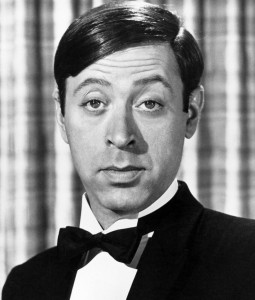 The character is played by Steve Franken (1932-2012). He has a long list of acting credentials. His work on TV includes Bewitched, Love American Style, Barney Miller, Insight, and Spawn, to name a few. His films include Angels and Demons, Westworld, and The Party. Steve Franken is a cousin of U.S. Senator from Minnesota Al Franken. 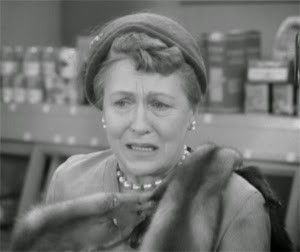 Chatsworth Osborne Jr.’s snobby mother, Mrs. Chatsworth Osborne Sr., was played by character actress Doris Packer (1904-1979). Mrs. Osborne was known to say, “Oh, Chatsworth, you’re such a nasty boy.” Even if the parts were small, she commanded the screen. There was a certain person-in-authority or Mrs. Moneybags quality to her. Packer had a recurring role on The George Burns and Gracie Allen Show and w as Mrs. Cornelia Rayburn, the strict principal of Mayfield High on Leave it to Beaver.

The Daily Doo Wop Rec Room has a TV with four selections. There are episodes, game shows, cartoons, and commercials featured.