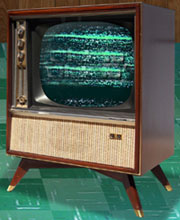 The TV in the Daily Doo Wop Rec Room has several selections of classic TV shows from the golden age of telelvision. These were available from March 30 to April 3, 2014. Now you can click on the links for the free video downloads. We update the selections twice a week, so stay tuned!