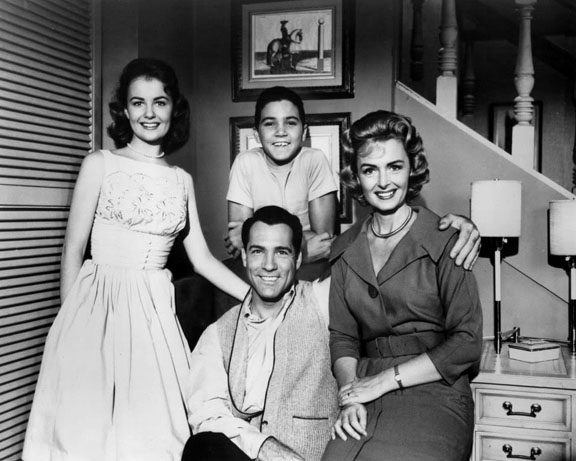 Here’s a sampling of some shows from the golden age of television with a police drama, a situation comedy, a cartoon, and a commercial.

Elmer Fudd and Daffy Duck in the cartoon “To Duck or Not to Duck” (1943). Animated films and shorts from earlier decades were often shown on TV in the 1950s and 1960s, especially in programming for children. Running time: 6:42.

The TV in The Daily Doo Wop Rec Room has four selections that are updated about twice a week. Check it out!