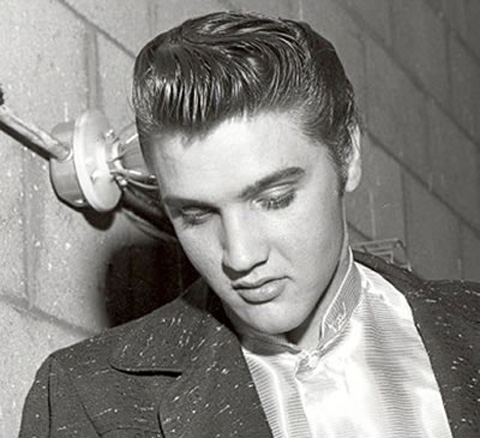 The year was 1956. It was a very good year — for some. There was an increased standard of living, with a big push onto higher education. One in three high school graduates went off to college. There were disposable diapers as well as new non-stick frying pans. Heavyweight boxing champion Rocky Marciano retired without losing a professional boxing match. Dean Martin and Jerry Lewis called it quits after ten years as a comedy team. Norma Jean Mortenson legally changed her name to Marilyn Monroe and, later in the year, married playwright Arthur Miller. The Broadway musical My Fair Lady opened in New York City. Cecil B. DeMille released his epic film The Ten Commandments, which starred Charlton Heston as Moses. There were new TV shows, including As the World Turns, The Price is Right, and The Huntley-Brinkley Report. Elvis Presley appeared on the Milton Berle and Ed Sullivan shows. Elvis entered the national music charts with “Heartbreak Hotel.” He also released his first album Elvis Presley, which went gold.

If you would like to listen to another set of songs, please click here for “Golden Oldies Playlist for 1957.”