The Belmonts Tell Me Why 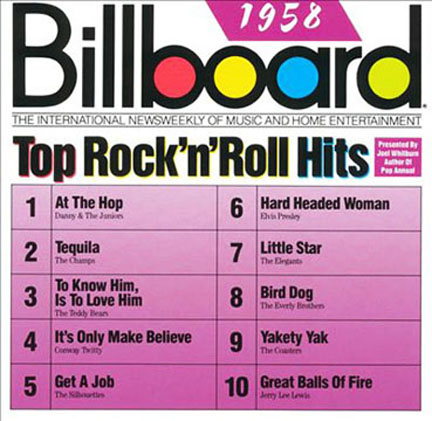 It was 1958 and an interesting year. A 14-year-old Bobby Fischer won the United States Chess Championship. The word aerospace was born from a combination of the words aircraft and space craft. And speaking of Space, the U.S. Congress created the National Aeronautics and Space Administration (NASA). The U.S. Army inducted Elvis Presley, who went has his hair cut and went from the King of Rock and Roll into U.S. Private #53310761. The film The Bridge on the River Kwai won seven Oscars, including the Academy Award for Best Picture. Pizza Hut was founded.

Here are twenty of the Top charting songs from 1958:

Please click here for the Daily Doo Wop YouTube channel, to which you can subscribe. Thank you for stopping by The Daily Doo Wop. You always listen free!!