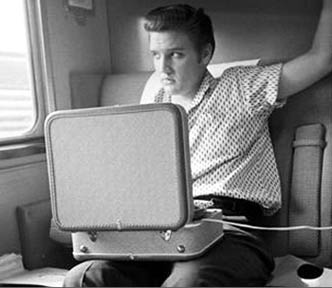 Want to know more about the 50s? Here are five well researched, engaging good reads. Creating and maintaining The Daily Doo Wop over the last several years has led to a lot of research to understand the music and culture of the 1950s and early 1960s. Here are a few favorite books from my collection that offer insight into this era. These are all well written and make excellent reading. To find out about format and pricing options, just click (or tap) on the photos below.

First and foremost is The Fifties by David Halberstam. This is more than a good read; it’s a great read. Americans had expanding affluence and optimism, yet there were open conflicts, such as the Korean War as well as the Cold War with its Race to Space. There were also things bubbling under the seemingly calm surface of suburban homes with televisions and labor-saving appliances. There was a sexual revolution that came with the pill. There came the confrontations for Civil Rights. Women’s rights were coming into the consciousness as well. This book is a fascinating, detailed look at these times that shaped so much of the rest of the 20th century.

On a lighter note is Southern California in the ’50s by artist Charles Phoenix. He is obsessed, one might say, with the joy and beauty of the mid-century artifacts and vibe. This book has great pictures (Phoenix collects boxes and boxes of slides) of the crazy, kitsch things that went on in Southern California during this time. This includes a look at SoCal suburbia, space-age style, wild west fantasies, the desert playgrounds, Disneyland, and, oh, so much more.

Elvis Presley is an American phenomenon and an American icon. His rise to stardom and the difficulties of fame and fortune are captured so beautifully in this two-volume set by Peter Guralnick. They are extremely well researched through hundreds of interviews. How can one read so many pages about Elvis Presley? Well, they read like a novel.

Last Train to Memphis: The Rise of Elvis Presley tells of the young Elvis from 1935 to 1958. We learn about his family, his time at the Louisiana Hayride and Sun Records and Hollywood, as well as about the South at the time.

Careless Love: The Unmaking of Elvis Presley details 1958 to 1977. We know the arc of this part of the story: Colonel Tom Parker, the Army, Priscilla, the entourage, the drugs, the comeback, and the untimely death.

The TV show Leave it to Beaver is often used to represent how people imagine how family life was in the 1950s. Of course, it wasn’t quite that way. It’s fiction, folks! On the other hand, the show did feature a happy nuclear family with doting parents, who helped navigate their children through life’s little messes. It may surprise people, but the show did touch on  subjects such as divorce and alcoholism. The book The World According to Beaver: The Official Leave It to Beaver Book by Irwyn Applebaum is a delightful handbook to characters on the show. There are synopses of the episodes and trivia questions.