Gloria by The Cadillacs

Maybe by The Chantels 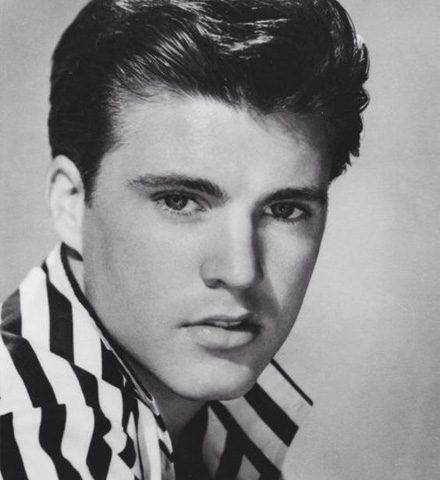 Ricky Nelson, who later was known as Rick Nelson, was a big part of this first era of rock and roll, as a television personality, a musician, a teen idol, and a film star. The song “Hello Mary Lou” was written by singer-songwriter Gene Pitney and Father Cayet Mangiarcina. It was first performed by Johnny Duncan in 1960 but Ricky Nelson had a bit hit with it in 1961. The song was the B-side to “Travelin’ Man” and  reached #9 on the U.S. Billboard Hot 100. It went to #2 in the U.K. and #1 in Norway. The record has fine guitar work from James Burton, who recorded and performed with Nelson from 1959 to 1967. Burton  worked with many singers, including Elvis Presley, Johnny Cash, Merle Haggard, Jerry Lee Lewis, Elvis Costello, Roy Orbison, and Vince Gill — just to list a few.

Ricky, who was then wanted to be known as Rick following his 21st year,  was born Eric Hilliard Nelson on May  8, 1940, in Teaneck, New Jersey. He  started his show business career in 1949 in the radio sitcom The Adventures of Ozzie and Harriet.  When the family moved to TV, he did too, and was on their show from 1952 to 1966. His first feature film was Here Come the Nelsons in 1957. Nelson also co-starred in the movie Rio Bravo, with John Wayne,  Dean Martin,and Walter Brennan. He was also in The Wackiest Ship in the Army with Jack Lemmon, and Love and Kisses with Jack Kelly. Nelson died in a plane crash on December 31, 1985.

Here are the lyrics to “Hello Mary Lou” by Rick Nelson:

Please click here for the Daily Doo Wop YouTube channel, to which you can subscribe. Thank you for stopping by The Daily Doo Wop. Hope you enjoyed “Hello Mary Lou” by Rick Nelson.