Witch Doctor by David Seville with The Chipmunks 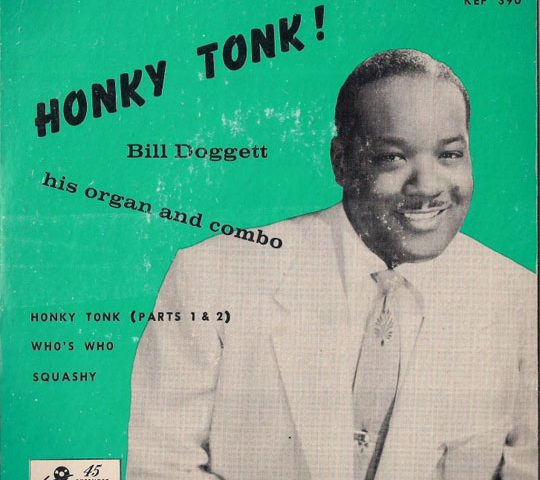 The list of artists who covered the piece is legion. There are versions by James Brown, The Beach Boys, Bill Blacks Combo, Billy Butler Roy Clark, Joey Dee and the Starliters, Al Kooper, Taj Mahal and the Phantom Blues Band, Brian Setzer Orchestra, The Ventures, and many more.

Bill Doggett was a jazz and rhythm and blues pianist and organist. Her worked with numerous artists, including The Ink Spots, Johnny Otis, Wynonie, Harrie, Ella Fitzgerald, and Louis Jordan. “Honky Tonk” was one of his biggest hits and became a signature song.

Shep Shepherd was known for his work on trombone as well as drums, vibraphone and xylophone. He worked with numerous artists, as well, including Cab Calloway, Patti Page, Lionel Hampton, and Lena Horne, among others.

Clifford Scott was a jazz, blues, and R&B saxophonist and flautist. He co-wrote and played on “Honky Tonk” and also played on “Slow Walk” with Doggett .

Billy Butler was a soul jazz guitarist. Butler has many credits, including work with Benny Goodman, Dizzy Gillespie, King Curtis, Dinah Washington, and Johnny Hodges. He is credited as the guitarist on “Peppermint Twist, Pats 1 and 2) by Joey Dee and the Starliters.

Please click here for the Daily Doo Wop YouTube channel, to which you can subscribe. Thank you for stopping by The Daily Doo Wop. Hope you enjoyed “Honky Tonk (Parts 1 and 2)” by Bill Doggett.