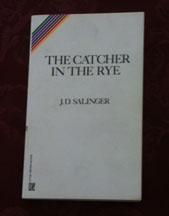 Catcher in the Rye by J.D. Salinger was originally published in 1951 and  made quite a sensation during this first era of rock and roll. It ultimately became part of most High School reading curricula. And, indeed, I read the novel as part of my tenth-grade English class. Thirty or so years later, my children read it as part of theirs.  Upon rereading the novel as an adult, I noticed that even though it is considered to portray the universal storm and stress experienced by American adolescents, it’s an intensely private, personal, quirky, and sophisticated story about a main character whose age is ambiguous. He is a sixteen-year-old boy having what we would call an adult mid-life crisis.

It is supposed to be a classic American novel that teens can relate to because it mirrors their issues with identity, sexuality, and angst because it’s written about a teenager using a teenager’s voice and slang. Most often, Catcher in the Rye is associated with the difficulties of moving from childhood into the mature, sexual adult world. Holden is rich, urban, intelligent, talented, bouncing from prep school to prep school, from multiple ethnic and religious backgrounds, somewhat sexually ambiguous, and on the verge of a nervous breakdown. We understand that much of this pain stems from the early death of his brother, Allie, from Leukemia. (A suicide at one of his schools also is traumatic for him.) But is Holden Caulfield really sixteen?

In the book, Holden is presented as very tall with, some prematurely gray hair. He smokes and drinks heavily. His appearance and demeanor seem adult enough for some bars, restaurants, and hotels to serve him alcohol. Mrs. Morrow, whom he meets on the train from his school Pencey, has an adult conversation and a smoke with Holden that she probably would not have with her own son for many years to come. The elevator man thinks Holden is old enough for a prostitute (although naïve enough to be shaken down). Holden also is in the depressed mindset that sees everything in a negative light; he complains about everyone’s faults like an old man. This story could have been about a middle-aged man having a crisis as he tries to find meaning in his life or deals with loss and death (his own or that of loved ones). One can have the same Holden-type breakdown if one substitutes jobs for schools; sexual decline for sexual innocence; and death of one’s child, the trauma of war, or divorce for the death of a sibling. Was Salinger looking back on his teen years or was he writing about his own 32-year-old adult crisis?

The ambiguity regarding Holden’s age indicates that Catcher in the Rye is not necessarily a book about the universal adolescent experience just because the protagonist is sixteen and it’s written in his voice. One can have a nervous breakdown at any age. One can have mental illness and loneliness at any age. One may not transition well from any age to another. One can also mature and become responsible at any age. The novel shows us that middle-aged adulthood has features of adolescence and vice versa. 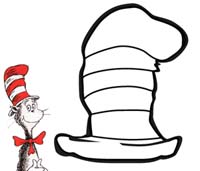