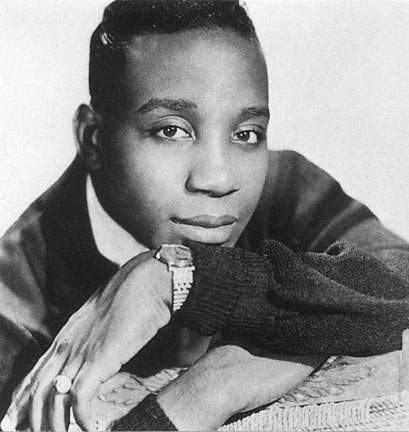 The song “Moon River” isn’t doo wop, of course, but it was a popular song of the era in the Top 20 on the charts. This song was composed by Henry Mancini with lyrics written by Johnny Mercer. It won the Academy Award for Best Original Song , where it was featured in  the 1961 movie  Breakfast at Tiffany’s and performed by Audrey Hepburn.  The song also won Mancini the 1962 Grammy Award for Record of the Year. Since its original performance, many artists have covered the song. Jerry Butler’s beautiful version is full of feeling, and his single went to #11 on the Billboard Hot 100 and #14 on the R&B Chart.

Butler was the lead singer of the group The Impressions. Butler met music legend Curtis Mayfield met while singing in the same church choir in Chicago. They joined an R&B, doo wop group called “The Roosters”  in the 1950s. Besides Butler and Mayfield, the group included Sam Gooden, and both Richard and Arthur Brooks were members. They became Jerry Butler & The Impressions. Butler left the group soon after their 1958 hit “For Your Precisious Love” and went on to a successful solo career.

Here are the lyrics to “Moon River” by Jerry Butler:

“Moon river, wider than a mile
I’m crossing you in style some day
Dream maker, you old heart breaker
Wherever you’re goin’, I’m goin’ your way
Two drifters, off to see the world
There’s such a lot of world to see
We’re after the same rainbow’s end, waiting ’round the bend
My huckleberry friend, Moon River, and me

We’re after that same rainbow’s end, waiting ’round the bend
My huckleberry friend, Moon River, and me”

Please click here for the Daily Doo Wop YouTube channel, to which you can subscribe. Thank you for stopping by The Daily Doo Wop. Hope you enjoyed “Moon River” by Jerry Butler.