Why Don’t You Believe Me by The Duprees 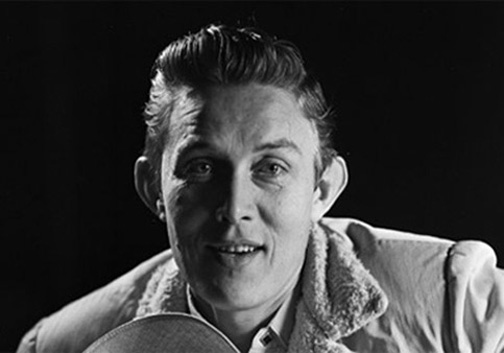 This song was written by Roy Acuff and Jimmy Dean. In 1961, this song about a heroic miner was #1 on the Billboard Hot 100 for five weeks. It was also #1 on the Country Chart for two weeks, and #1 on the Adult Contemporary Chart for 10 weeks.  It was #2 on the U.K. Singles Chart.  Famous pianist Floyd Cramer (“Last Date”) was hired to play the piano on the recording, but he ended up hitting a chunk of steel with a hammer instead. It was Floyd’s idea to make the switch. The song sold more than one million copies and was awarded an RIAA gold record. Dean also won a Grammy Award for Best Country & Western Recording for it in 1982.

Born Jimmy Ray Dean in Plainview, Texas, he was a singer, an actor, a radio and TV personality, and an entrepreneur. Dean also served in the United States Air Force in the late 1940s. He was very successful on TV, especially in the 1950s and 1960s, where he occasionally hosted The Tonight and had his own variety program The Jimmy Dean Show.  Dean appeared in episodes of the TV series Daniel Boone and J.J. Starbuck .He was in the James Bond movie Diamonds are Forever. As a businessman, he became famous for his line of products for the Jimmy Dean Sausage Company.  Dean died in 2010 at the age of 81.

Here are the lyrics to “Big Bad John” by Jimmy Dean:

(Big John, big John)
Every mornin’ at the mine you could see him arrive
He stood six foot six and weighed two forty five
Kinda broad at the shoulder and narrow at the hip
And everybody knew ya didn’t give no lip to big John
(Big John, big John) big bad John (big John)

Nobody seemed to know where John called home
He just drifted into town and stayed all alone
He didn’t say much, kinda quiet and shy
And if you spoke at all, you just said hi to Big John

Somebody said he came from New Orleans
Where he got in a fight over a Cajun Queen
And a crashin’ blow from a huge right hand
Sent a Louisiana fellow to the promised land, big John
(Big John, big John) big bad John (big John)

Then came the day at the bottom of the mine
When a timber cracked and men started cryin’
Miners were prayin’ and hearts beat fast
And everybody thought that they’d breathed their last, ‘cept John

Through the dust and the smoke of this man-made hell
Walked a giant of a man that the miners knew well
Grabbed a saggin’ timber, and gave out with a groan
And like a giant oak tree he just stood there alone, big John
(Big John, big John) big bad John (big John)

And with all of his strength he gave a mighty shove
Then a miner yelled out, there’s a light up above
And twenty men scrambled from a would-be grave
Now there’s only one left down there to save, big John

With jacks and timbers they started back down
Then came that rumble way down in the ground
And then smoke and gas belched out of that mine
Everybody knew it was the end of the line for big John
(Big John, big John) big bad John (big John)

Now they never reopened that worthless pit
They just placed a marble stand in front of it
These few words are written on that stand
At the bottom of this mine lies a big, big man, big John
(Big John, big John) big bad John (big John)

Please click here for the Daily Doo Wop YouTube channel, to which you can subscribe. Thank you for stopping by The Daily Doo Wop. Hope you enjoyed “Big Bad John” by Jimmy Dean.