Little Star by The Elegants 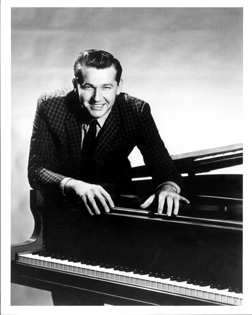 The selection for this week’s  Instrumentals Tuesday is “Last Date” by Floyd Cramer. The piece was written and performed by Cramer. He was one of the architects, as it were, of the Nashville sound, and the slip note style of piano playing.  The slip note is a musical ornament in that an added note leans on and quickly resolves to the principal note. “Last Date” is a fine example of slip note playing.

The tune was released in 1960 and became an international hit. It went to #2 on the U.S. Billboard Hot 100 and #11 on the U.S. Country chart. It also went to #4 in Canada, #1 in New Zealand, and #8 in Australia.  The number of covers is legion, with instrumental versions and those with lyrics. Instrumental versions include those by Lawrence Welk and his orchestra, The Ventures, Ace Cannon, Duane Eddy (along with Floyd Cramer), Al Hirt, and Little Willie LIttlefield, Skeeter Davis recorded a version with lyrics by Boudleaux Bryant as “My Last Date (with You).” Conway Twitty wrote lyrics for it and recorded it as “Lost Her Love) On Our Last Date.”

Floyd Cramer played the piano, organ, and harpsichord. He was one of the busiest studio musicians in Nashville, playing piano for Elvis Presley, Brenda Lee, Patsy Cline, The Browns, Jim Reeves, Eddy Arnold, Roy Orbison, Don Gibson, The Everly Brothers, and many more. Cramer released a number of albums and compositions  under his own name. He performed for many years as well, sometimes with Chet Atkins and Boots Randolph.

Please click here for the Daily Doo Wop YouTube channel, to which you can subscribe. Thank you for stopping by The Daily Doo Wop. Hope you enjoyed “Last Date” by with Floyd Cramer.