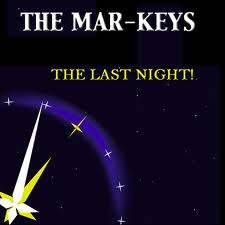 The selection for this week’s Instrumentals Tuesday is “Last Night” by The Mar-Keys.  Last night? It  must’ve been fun. This instrumental (well, except for a “last night” and an “oh yeah”) is by the Mar-Keys. They formed in 1958 and were a studio session band for the Stax label in Memphis, Tennessee. They were the first house band for the label and helped to develop that Stax sound.  “Last Night” was their first recording. It was written by Charles Axton, Floyd, Newman, Gilbert C. Caple, Jerry Lee Smith, and Chips Moman.

In 1961, it went to #3 on the U.S. Billboard Hot 11 and #2 on the R&B Chart. It sold more than one million copies and was awarded an RIAA gold record. For this track, the group was Steve Cropper (on second keyboard although usually on guitar), Packy Axton (sax), Wayne Jackson (trumpet), Jerry Lee “Smoochy” Smith (main keyboards), plus a little help from their friends Floyd Newman and Gilbert Caple on horns.  Membership in the group changed all the time, and members that toured under that name were not always those who had been on the recording. The Mar-Kays backed up many rock, R&B, and soul music stars, including Otis Redding, Carla Thomas, and Wilson Pickett.  Also, Cropper, Lewie Steinberg, Booker T. Jones, and Al Jackson, Jr., began recording as Booker T. & the M.G.’s in 1962.

For a composition by Booker T. and The M.G.’s: “Green Onions.”