John Wayne and North to Alaska

Does Your Chewing Gum Lose Its Flavor by Lonnie Donegan 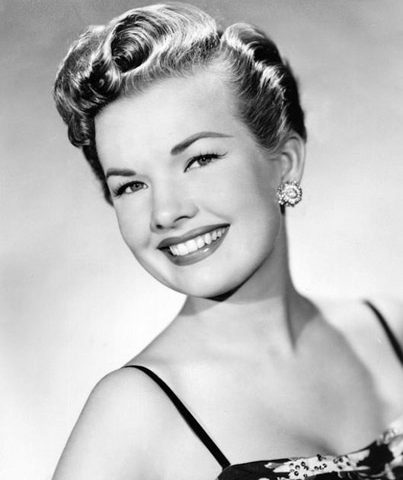 The TV series “My Little Margie” started out as the summer replacement for “I Love Lucy,” but the show about the young woman who got herself into situations and her long-suffering but amiable father, became very popular.  It starred Gale Storm as Margie Albright and Charles Farrell as her father Vern. The cast also included Clarence Kolb, Don Hayden, Gertrude Hoffman, Willie Best, and Hillary Brooke. The show aired from 1952 to 1956 and appeared in syndicated reruns for decades. 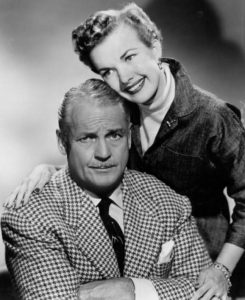 Gale Storm (1922-2009) was born Josephine Owaissa Cottle in Bloomington, Texas, the youngest of five children. The story is that her sister Lois gave her the unusual middle name Owaissa, which is a Native American word for “bluebird.” Storm appeared in movies in the 1940s and early 1950s, starting with Tom Brown’s School Days. Other films include It Happened on Fifth Avenue, The Dude Goes West, and The Underworld Story.  She had great success with “My Little Margie” and “The Gale Storm Show: Oh, Susanna!” (co-starring with Zasu Pitts).  She also had a career as a recording artist. Her biggest hit was “Dark Moon,” which went #4 on the Billboard chart. Other successful ones include her covers of “I Hear You Knocking,” “Memories Are Made of This,” “Ivory Tower,” and “Why Do Fools Fall in Love.”

Storm was elected as the honorary mayor of Sherman Oaks, California, in 1953 and served two terms. (Liberace was mayor after her. And Charles Farrell, who played her father in “My Little Margie” was mayor of Palm Springs for several terms.)

Storm  had a long struggle with alcoholism and recovered. She wrote about her difficulties in an autobiography I Ain’t Down Yet and became a spokesperson and lecturer about the disease.

There are  three stars on Hollywood’s Walk of Fame for Gale Storm  — for radio, recording, and TV.