One Step Beyond, I Married Joan, Bugs Bunny

One Step Beyond, I Married Joan, Bugs Bunny 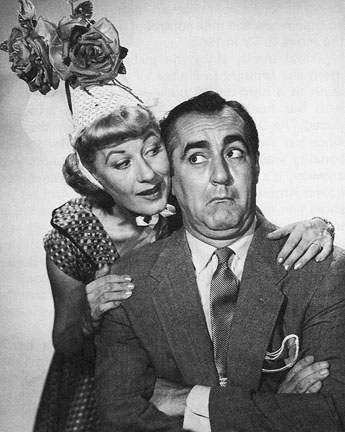 The 1950s and early 1960s were a great time for TV — a time of pioneering. There were variety shows, dramas, game shows, Westerns (of course), and progamming for kids with cartoons and short subjects. Here is a small sampling. Enjoy! If you want to see more from this golden age of television, the TV in The Daily Doo Wop Rec Room has four selections, which are updated about twice a week.

I Married Joan Season 1 Episode 36 titled “Talent Scout”  first aired on. Joan is bamboozled by some con men who pretend to be talent scouts. She finds herself filming with a chimp. Her husband is assisting the D.A.’s office in trying to build a case against these criminals. The cast included Joan Davis, Jim Backus, Geraldine Carr, Sandra Gould, Jerry Hausner, Barney Phillips, and Bob Sweeney. Running time 24:30.