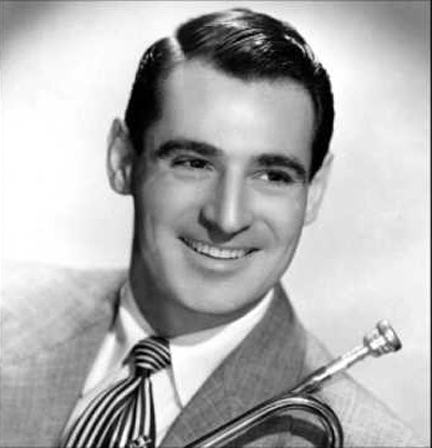 This week’s Instrumentals Tuesday pick is the “Peter Gunn Theme” by Ray Anthony. The original “Peter Gunn Theme” was composed by Henry Mancini for the TV crime drama show Peter Gunn,  which starred Craig Stevens as the jazz-loving private investigator. Mancini’s recording was released on the soundtrack album The Music from Peter Gunn in 1959. It was so well received, that Mancini  was awarded an Emmy and two Grammys (Album of the Year and Best Arrangement). 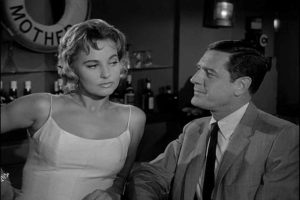 Ray Anthony recorded a single version of  “Peter Gunn Theme” in 1959, and it went to #12 on the R&B Chart and  #8 on the Billboard Hot 100.  And it is hot. Mancini arranged it, and the record features Plas Johnson on tenor saxophone.

There have been many covers, including a popular one by Duane Eddy. Other versions include those by  Sarah Vaughn (which had lyrics added), Pete Candoli and His Orchiestra, The Kingsmen, Emerson, Lake & Palmer, Aretha Franklin and The Blues Brothers, and Art of Noise (which featured Duane Eddy).

In the 1950s and ’60s, when big band music was waning, Ray Anthony came along and made big band music sound modern and hip. He was known as a rock ‘n’ roller among band leaders.  Anthony started his career as a trumpeter in the Glenn Miller band and played with them until he enlisted in the U.S. Navy during World War II. After the war he formed The Ray Anthony Orchestra which had  big hits with “The Bunny Hop,” “Dragnet,” and “Hokey Pokey.”  In 1955 Anthony married sex symbol actress Mamie Van Doren. During the late 1950s Ray Anthony also had an acting career and appeared in several films, including his role as Jimmy Dorsey in The Five Pennies.

Please click here for the Daily Doo Wop YouTube channel, to which you can subscribe. Thank you for stopping by The Daily Doo Wop. Hope you enjoyed “Peter Gunn Theme” by Ray Anthony.