Be Bop a Lula by Gene Vincent and His Blue Caps 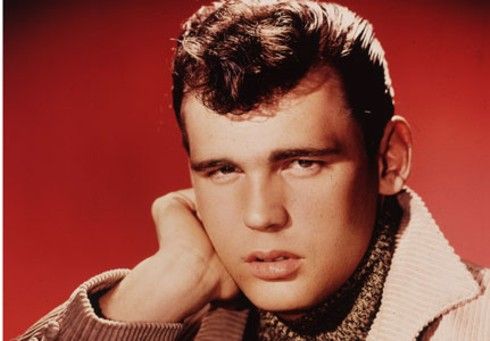 This instrumental was written by Duane Eddy and singer/songwriter/record producer Lee Hazlewood. In 1958, the single, backed with “Stalkin’,” went to #6 on the U.S. Pop Chart. Eddy has said that the tune was inspired by  the old folk song “Who’s Gonna Show Your Pretty Little Feet,” which Eddy heard on a Tennessee Ernie Ford record. The track has Gil Bernal on sax as well as yells and handclaps from doo wop group The Rivingtons (earlier known as The Sharps). The instrumental was also released  on Eddy’s 1958 album Have ‘Twangy’ Guitar Will Travel.

Duane Eddy was born in Coming, New York, and began to play the guitar at the age of five. He played lead on the guitar’s bass strings that produced a low, “twangy” sound, for which he became famous. He had many charting records, including “Cannonball,” “Peter Gunn,” “Forty Miles of Bad Road,” “Because They’re Young,” “Moovin’ n’ Groovin’,”(Dance with The ) Guitar Man,” and many more.

For another song by Duane Eddy: “Forty Miles of Bad Road.”

Please click here for the Daily Doo Wop YouTube channel, to which you can subscribe. Thank you for stopping by The Daily Doo Wop. Hope you enjoyed “Rebel Rouser” by Duane Eddy.