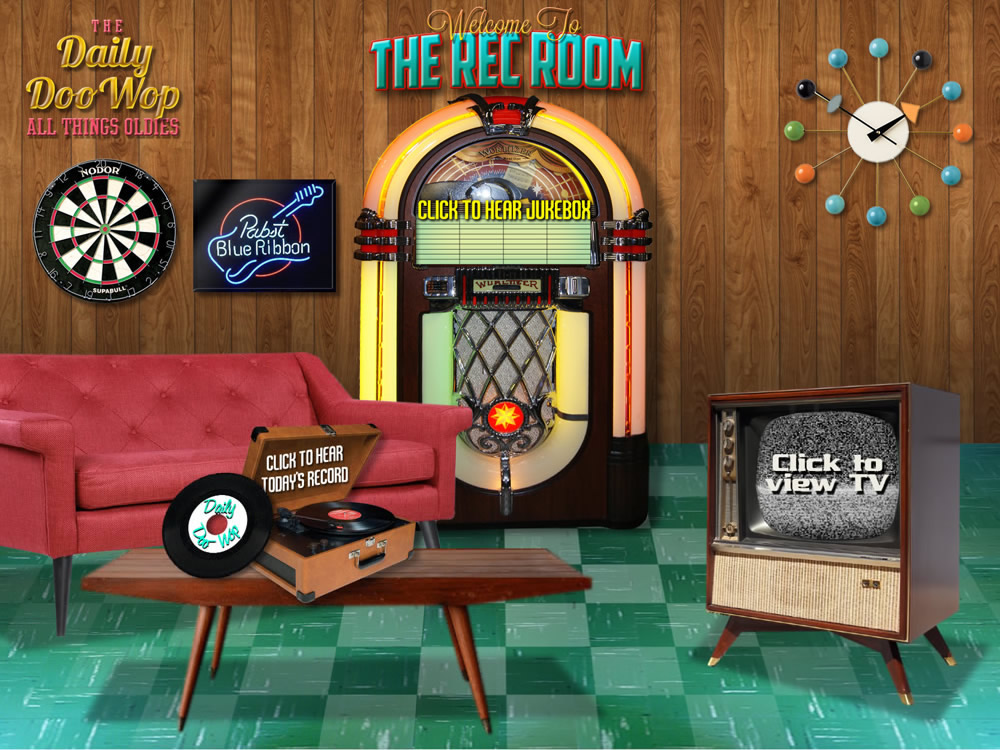 =
The song featured on the stereo is: I Love How You Love Me by The Paris Sisters

The Paris sisters were a girl group from San Francisco. Group members included Priscilla, Albeth, and Sherrell Paris. The song "I Love How You Love Me" was written by Barry Mann and Larry Kolber, who at the time worked at Don Kirshner's Aldon Music, which was near the Brill Building in New York City. The song was produced by Phil Spector and recorded at the Gold Star Studios in Los Angeles. In 1961, "I Love How you Love Me" went to #5 on the U.S. Billboard Hot 100 and sold more than one million copies, earning an RIAA Gold Record. There have been numerous covers of the song, including versions by Bobby Vinton, Jimmy Crawford, Maureen Evans, Paul and Barry Ryan, The Letterman, the Teen Queens, and many more.

Here are the lyrics to "I Love How You Love Me" by The Paris Sisters:

Please click here for the Daily Doo Wop YouTube channel, to which you can subscribe. Thank you for stopping by The Daily Doo Wop.  Hope you enjoyed "I Love How You Love Me" by The Paris Sisters.

The Rec Room has a featured song on the record player, 150+ songs in the juke box, and there are several Classic TV selections, as follows:

The Daily Doo Wop is a time machine to the first era of rock and roll. This starts around 1952 with the Eisenhower administration and goes until those longhaired Brits The Beatles appeared on The Ed Sullivan Show in February, 1964, and the music began to change. During this time of the 1950s and early 1960s, doo wop music, with its beautiful vocal harmonies, lyrics about love, and a host of nonsense syllables thrown in, was a signature sound. It was an exciting period in popular music as so many strands of music were woven together. There was doo wop, rhythm and blues, barbershop music, pop, country, rock and roll, rockabilly, and plenty in-between. Radio stations were not hung up about musical genres. They played all kinds of music. The mantra was, “If it’s a hit, it plays.” The Daily Doo Wop goes beyond playing doo wop music, because that reflects the era.

The Daily Doo Wop blog has more than 250 posts with information about the great golden oldies music from this time, classic TV shows from what was called “the golden age of television,” pop culture (from TV tray tables to lava lamps), history (remember the race to space?), recipes (gotta love those casseroles and cakes), and more.

The Daily Doo Wop Rec Room has daily featured doo wop, rock and roll, R&B, or rockabilly songs that were hits during the first era of rock and roll. After a song is featured, it then goes into the juke box. You are welcome to listen to any of the 100+ selections there. The Rec Room also has a TV set. There are several selections, which are updated twice a week. You’ll find vintage TV series, game shows, cartoons and shorts, children’s programming, and commercials. They’re not called classic TV shows for nothing!

Every weekend, there is a Golden Oldies Juke Box Saturday, and the juke box is full of song requests of 1950s music and sixties music. Requests come mostly from those who see us on Facebook. There’s lots of fun on The Daily Doo Wop Facebook page every day.

There is also a Daily Doo Wop Youtube channel, to which you can subscribe. The Daily Doo Wop music channel has music videos from favorite doo wop groups, rock and roll hits, and more golden oldies music.

Music is one of the best ways to remember the past. It’s not always the lyrics to the song or the antics on a sitcom that are important. It’s that it makes you smile and you remember who you were with. It might be a grandmother who is no longer here or a brother, sister, friend. Maybe you heard a song at a dance or were in a car when you had your first kiss.