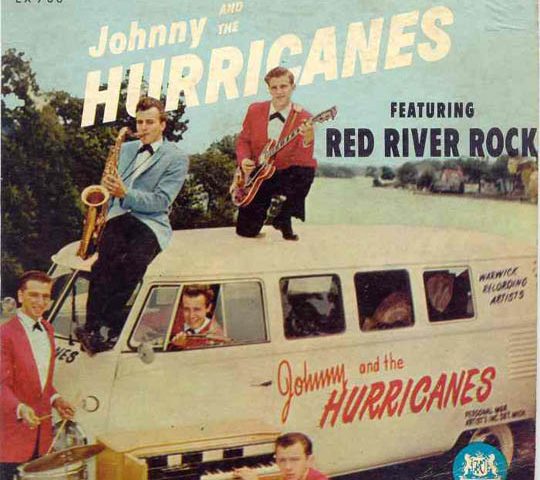 The selection this week’s Instrumentals Tuesday is “River Rock” by Johnny and The Hurricanes.The group  had an international hit with their instrumental version of the folk song /cowboy love song “Red River Valley.” In 1959, it went to #5 on the U.S. Billboard Hot 100 and the R&B Chart as well as #3 in the UK and #18 in Germany. The record sold more than one million copies. On the track were Johnny Paris (saxophone) Paul Tesluk (Hammond Chord organ), Dave Yorko (guitar), Lionel “Butch” Mattic (bass), and Bill “Little Bo” Savich (drums).

Johnny and the Hurricanes were a rock band that formed in Toledo, Ohio. They first called themselves the Orbits. They liked to add a rock beat to old tunes that were instantly recognized . The tunes were usually credited to “King , Mack” and “King and Mack,” who were their managers Harry Balk and Irving Micahnik. Other charting successes were “Crossfire,” “Reveille Rock,” Beatnik Fly,” “Down Yonder,” and “You Are My Sunshine,” to name a few.