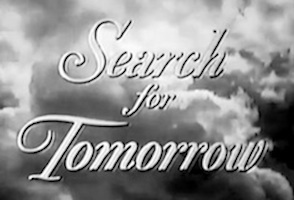 On this Date – September 3

The soap opera Search for Tomorrow premiered on September 3, 1951. The challenges faced by Joanne Gardner (Mary Stuart) in the town of Henderson aired for 35 years until the final episode on December 26, 1986. It is the second-longest running non-news television show. (The first is Hallmark Hall of Fame.)

A birthday remembrance today for Mary Grace Canfield, who was born on September 3, 1924.

On the TV sitcom Green Acres, Canfield played one of the recurring characters. She was one half of the Monroe Brothers, who were carpenters. Sid Melton played Alf , and Canfield was his “brother” Ralph. Alf said in one of the early episodes that Ralph actually was his sister, but it was better for business that way. The Monroes rarely finished projects. Those they did complete were usually disasters. Canfield had many other credits in film (e.g., Polyanna, Come Blow Your Horn, St. Valentine’s Day Massacre, and Something Wicked This Way Comes) and television (e.g., The Hathaways, The Eleventh Hour, Bewitched, Love American Style, and General Hospital).