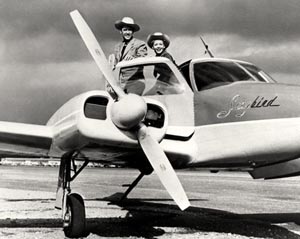 The golden age of television (that is, the 1950s and early 1960s) had lots of great programming for children of all ages. Here is a sample of some of what was seen on TV back in the day.

Adventures of Superman titled “Stamp Day for Superman” was released in 1954. It was produced by Superman Inc. and distributed by the United States Department of the Treasure. It was meant to promote U.S. Savings Bonds and was not shown in theaters, but rather in schools to educate children about the program. Superman (George Reeves) and Lois Lane (Noel Neill) are shopping and come upon a robber. The burglar says he steals because he never saved his money. The cast also included Jack Larson as Jimmy Olsen, Tris Coffin ad Principal Garwood, and Billy Nelson as Blinky.

Mickey Mouse appears in Walt Disney’s animated short “Haunted House.” This was made in 1929. Cartoons and short films from earlier decades were often shown on TV in the 1950s, particularly in programming for children. Running time: 6:47.

The TV set in the Daily Doo Wop Rec Room has four selections, which are updated about twice a week. Enjoy!