Mary Wells The One Who Really Loves You

All Shook Up by Elvis Presley 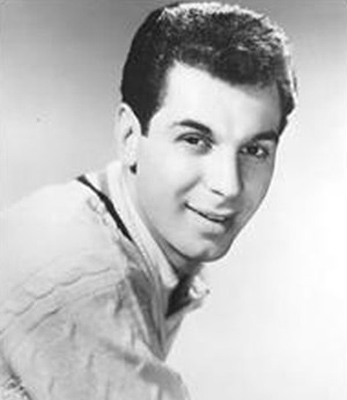 One of the favorite upbeat rock and roll golden oldies is “Tallahassee Lassie” by Freddy Boom Boom Cannon. It’s one of those songs about dancing that makes you want to get up and dance.

Freddy Cannon was born Frederick Anthony Picariello, Jr., and Swampscott, Massachusetts. While growing up, he particularly liked the music of Big Joe Turner, Buddy Johnson, Chuck Berry, Bo Diddley, and Little Richard. He had a group called Freddy Karmon & The Hurricanes, which was popular in the Boston area. “Tallahassee Lassie” came about first as a demo, with lyrics written by Cannon’s mother, Mimi Picariello. It was called “Rock and Roll Baby.” Bob Crew and Frank Slay, who wrote and produced many songs during this first decade of rock and roll, rearranged and rewrote the song, calling it “Tallahassee Lassie.” They had a hard time shopping the record, but Dick Clark liked it. Clark was part owner of Swan Records, and they recorded it. They added lots of bass drum and hand claps plus some shouts of “whoo.” Bernie Binnick, who was president of Swan Records, recommended that Freddy be called Freddy Boom Boom Cannon because of the big percussive sound. In 1959, “Tallahassee Lassie” went to #6 on the Billlboard Hot 100, #13 on the R&B Chart, and #17 in the U.K.

Cannon continues to tour and perform. He has made many hits, including “Way Down Yonder in New Orleans” and “Palisades Park.”

Here are the lyrics to “Tallahassee Lassie” by Freddy Boom Boom Cannon:

For another song by Freddy “Boom Boom” Cannon: “Palisades Park.”

Please click here for the Daily Doo Wop YouTube channel, to which you can subscribe. Thank you for stopping by The Daily Doo Wop. Hope you enjoyed “Tallahassee Lassie” by Freddy Boom Boom Cannon.