Tequila by The Champs

Tequila by The Champs 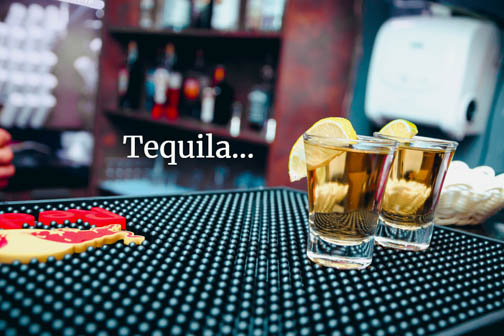 The piece “Tequila” by The Champs was written  by saxophonist Chuck Rio, the stage name of Danny Flores, known as the “Godfather of Latino rock.”  (Well, it’s mostly instrumental, except they say “Tequila” a few times — and there’s always a trivia question that involves the exact number of times.) It’s based on a Cuban mambo beat. In 1958, the “Tequila” went to #1 on the Billboard Hot 100 and the R&B Chart.

The song was the B-Side to a Dave Burgess (aka Dave Dupree) single “Train to Nowhere,” but was more successful. In addition to Flores on sax, vocals, and keyboards, there are Burgess and Buddy Bruce on guitar, Gene Alden on drums, and Huelyn Duvall on background vocals. The Champs formed as a group after recording “Tequila.” They had a fluid lineup over the years, as it were, and recorded, toured, and performed until 1965.

“Tequila” has had its impact on pop culture, too. It has been featured in TV: Happy Days, Two and a Half Men, and commercials. It has also been featured in movies” Breakfast at Tiffany’s (during a party scene), Cheech and Chong’s Next Movie, Pee-Wee’s Big Adventure (can’t forget his dance, and those shoes!), Teenage Mutant Ninja Turtles, The Sandlot, and others.

Please click here for the Daily Doo Wop YouTube channel, to which you can subscribe. Thank you for stopping by The Daily Doo Wop. Hope you enjoyed “Tequila” by The Champs.