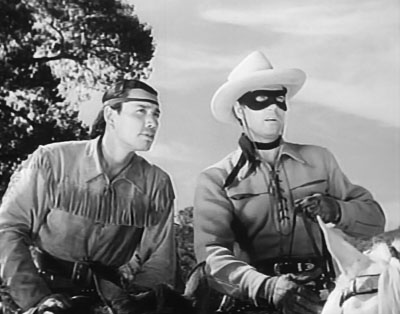 At the beginning of the TV series The Lone Ranger, the masked man says:”Only you, Tonto, know I’m alive. To the world, I’m buried here beside my brother and my friends… forever.”

Here’s a little bit of trivia about this enduring icon of American culture:

The TV in The Daily Doo Wop Rec Room has several selections from the golden age of television. Check it out.