The Lonely Bull by Herb Alpert and The Tijuana Brass

The Jacks Why Don’t You Write Me?

The Lonely Bull by Herb Alpert and The Tijuana Brass 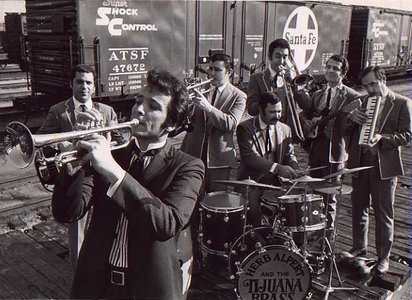 A Happy Birthday today to Herb Alpert. He was born in Los Angeles on March 31, 1935.

The instrumental “The Lonely Bull” was written by Sol Lake and recorded by Herb Alpert and The Tijuana Brass. The tune was originally titled “Twinkle Star.” Alpert recorded it as a demo in his garage. Alpert says that he’d had a trip to Tijuana and watched the bullfights there and wanted to interpret that feeling. The actual recording was done at Conway Recorders in Hollywood with members of the famous Wrecking Crew. The track features a crowd cheering inside a bullfight arena in Mexico, Alpert’s trumpet, of course, a mandolin, a bass guitar, drums, and a soprano on a wordless chorus.

Alpert and his partner Jerry Moss earlier that year had founded A&M Records. “The Lonely Bull” was released on A&M in 1962 first  as a single, backed with “Acapulco 1922.” It was also on Herb Alpert & The Tijuana Brass’s debut album, on the A&M label, titled The Lonely Bull.

“The Lonely Bull” went to #6 on the U.S. Hot 100, #1 in Australia, and #22 in the U.K. There have been numerous covers. Artists with a version include The Ventures, The Shadows, Morrissey, and Harry James.

Herb Alpert was born in 1935 in Los Angeles. He has many accomplishments to his name as a musician, arranger, composer, executive, paint, and sculptor. He and Lani Hall, who sang with Sergio Mendes, have been married since 1974. They have been very involved in philanthropic activities. In the 1980s they created The Herb Alpert Foundation and the Alpert Awards in the Arts with The California Institute of the Arts.

If you are interested in other pieces by Herb Alpert and The Tijuana Brass: “This Guy’s In Love With You” and “A Taste of Honey.”

Please click here for the Daily Doo Wop YouTube channel, to which you can subscribe. Thank you for stopping by The Daily Doo Wop. Hope you enjoyed “The Lonely Bull” by Herb Alpert and The Tijuana Brass.