The Shirley Temple and The Roy Rogers Non-Alcoholic Cocktails

The Shirley Temple and The Roy Rogers Non-Alcoholic Cocktails 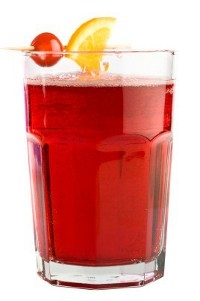 The 1950s were a time of increasing prosperity for Americans – and for baby boomers. Parents had some discretionary income to go out to restaurants for dinner with the whole family. The grown-ups would have their cocktails, and the children would have non-alcoholic mocktails. One of the most popular kiddie cocktail was the Shirley Temple (especially for girls) and the Roy Rogers (especially for boys).

Stories about the precise history of the Shirley Temple drink vary, as do the ingredients. However, the reason for the concoction was that the child star was taken out to fancy restaurants and events, where the adults were drinking, and she was given a beverage to match (minus the liquor). Some say that the Shirley Temple was invented in the 1930s at Chasen’s restaurant in Hollywood. Others claim that it was invented at the Brown Derby or The Royal Hawaiian Hotel.

There are also different versions of the drink. The small amount of grenadine and the maraschino cherry garnish seem to be constants, but the soda can be ginger ale, a lemon-lime soda, or a mixture of the two. Some add orange juice.

Shirley Temple was never really a fan of the drink, finding it “too sweet.” But she did protect her brand. When there was to be a bottled soda with the name “Shirley Temple” in 1988, she sued and won claiming that it was an invasion of her privacy because her name was not a generic term.

The Roy Rogers mocktail was named after the “King of the Cowboys” and was created in the 1940s. His Westerns on radio, TV, and film were very popular, as was his singing. The Roy Rogers cocktail also varies in its ingredients, but basically is similar to the Shirley Temple with the grenadine and maraschino cherry, but the soda used is a cola. Happy trails!

Here are a fairly standard version of each of these drinks:

Splash 1 teaspoon of grenadine into a highball glass (or tall glass of your preference) half-filled with ice cubs. Top with 8 oz. of ginger ale and stir. Garnish with a maraschino cherry and an orange slice.

Put 1 oz. of grenadine into a highball glass half-filled with ice cubes. Add 8 oz. of cola and stir. Garnish with a maraschino cherry.

If you would like to read about these types of drinks and find more recipe ideas, please consider Kiddie Cocktails

by Charles Phoenix, which is available at amazon.com.