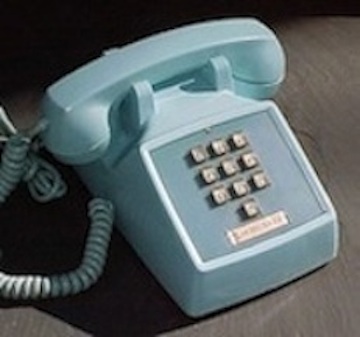 On November 16, 1963, AT&T introduced the touch-tone telephone to commercial customers. After conducting studies, AT&T discovered that people were much faster on the push-buttons than with a rotary dial. The first touch-tone phones had G-style handsets and a 10-button number pad. The buttons for the # (pound) and * (asterisk or star), which were for advanced services, arrived five years later in 1968. The set was heavy and had four no-slip feet. Initially, businesses and hotels used the technology more extensively than residential customers.

Touch-tone phones connect calls from one phone to another using a form of telephone switching known as dual-tone multi-frequency (DTMF). DTMF has paved the way for digital electronic features, including Caller-ID, the use of PINs, and voice communications over the Internet (VoIP technologies).

AT&T showcased their touch-tone phones at the 1962 Seattle World’s Fair. Please click here to see a clip of the demonstration.