Three Takes on The Twist

Three Takes on The Twist 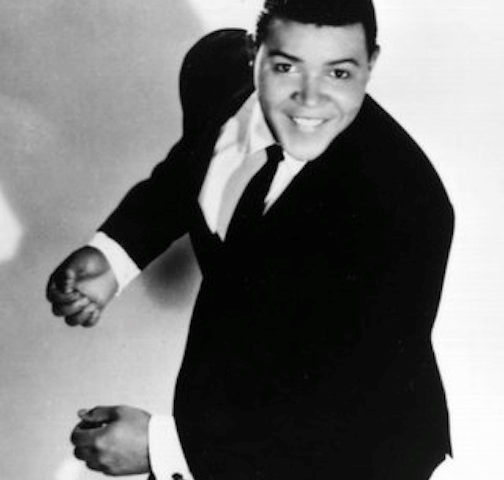 Looking for golden oldies music favorites from the early 1960s? That would have to be songs about the dance craze the Twist. Hank Ballard is the composer, author, and originator of “The Twist” — both the song and the dance in its mid-20th-century incarnation. The movements are based on an African-American dance called “wringin’ and twistin’.” The feet go back and forth on the floor while the hips, torso, and legs rotate as a single unit. It’s easy to do, and people of all ages from all walks of life, including many celebrities, would dance the Twist. It spawned a variety of other dances, including the Mashed Potato, the Monkey, the Watusi, the Pony, and the Jerk — but the Twist remained the most popular.

“The Twist” by Hank Ballard and The Midnighters

Ah, Hank Ballard, one of the great early pioneers of rhythm and blues and rock n roll. His group Hank Ballard & the Midnighters helped to pioneer the rhythm and blues genre. Their first big national hit was “Work With Me, Annie.” It had racy lyrics, which caused a Los Angeles disc jockey to joke that there would be a follow-up record called “Annie Had A Baby.” Their label, King Records, received orders for the non-existent record. The song was composed, recorded, and released to fill those the orders, and it went all the way to #1 on the R&B Chart in 1954. The record “The Twist” was the B-Side to “Teardrops on Your Letter.” In 1959, “The Twist” went to #16 on the R&B chart. The re-issue in 1960 went to #28 on the Billboard Hot 100 and #6 on the R&B Chart. Then there was that cover by Chubby Checker… Ballard, born John Henry Kendricks in Detroit in 1927, was the lead vocalist of The Midnighters. Besides the songs mentioned previously, they had hits with “Finger Poppin’ Time,” “Let’s Go, Let’s Go, Let’s Go,” and many more.

Here are the lyrics to this original version of “The Twist:”

Come on and twist, yeah, baby
Twist, ooh yeah, just like this
Come on, little miss, and do the twist, yeah

Eeaw, twist, yeah, baby
Twist, ooh yeah, just like this
Come on, little miss, and do the twist

When “The Twist” became popular on a Baltimore TV dance show hosted by Buddy Dean, it came to the attention of Dick Clark for his national show American Bandstand. There are different stories as to how they arrived at Chubby Checker presenting the song and dance to the country. One is that Ballard was unavailable. Another is that they felt Ballards songs were too sexually charged. Whatever it was, Checker’s version of “The Twist” became a sensation. There were follow-up records to cash in on a good thing, including the joyous”Let’s Twist Again.” The song was written by Karl Mann and Dave Appell and became one of the biggest hits of 1961. It went to #8 on the U.S. Billboard Hot 100 and #26 on the R&B Chart. Internationally, it was #1 in the U.K., Belgium, and the Netherlands. It was also in the top 20 in France, German, Italy, and Norway. Chubby Checker was born Ernest Evans on October 3, 1941 in Spring Gulley, South Carolina, and subsequently grew up in Philadelphia. (The professional moniker Chubby Checker was based the name Fats Domino. The story goes, it came about from a conversation between Dick Clark’s wife and Checker after he had been doing some impressions of singers, including Domino.) He is a prolific singer/songwriter and has had success with other dance songs, including “The Fly” and “Limbo Rock.” Checker was in the films Twist Around the Clock (1961) and Don’t Knock the Twist (1962). He continues to tour and perform.

“Twistin’ The Night Away” by Sam Cooke

Another favorite song to Twist by i “Twistin’ The Night Away.” The song, which was written and recorded by Sam Cooke and became popular in 1962. It rose to #1 on the R&B Chart, #9 on the Billboard Hot 100, and #6 on the U.K. Singles Chart. The instrumentation was provided by The Wrecking Crew session musicians. The song has been featured in the films Animal House, Innerspace, and The Green Hornet. Over the years, there have been a number of covers, including versions by The Marvelettes, The Shins, and Rod Stewart.

Please click here to listen to “Twistin’ The Night Away.”

The Daily Doo Wop Rec Room has daily featured doo wop, rock and roll, R&B, or rockabilly songs that were hits during the first era of rock and roll (that is, from about 1952 until the British invasion in 1964). After a song is featured, it then goes into the juke box. You are welcome to listen to any of the 40+ selections there. Every weekend, there is a Golden Oldies Juke Box Saturday NIght, and the juke box is full of song requests from the 1950s and 1960s.