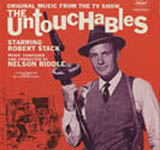 On October 17, 1931, America convicted Public Enemy #1 Alphonse Capone of tax evasion. Capone’s income came mainly through illegal means (i.e., bootlegging, gambling, and prostitution), but the government insisted that he pay his taxes on these enterprises. Capone was never convicted for murder, extortion, bribes, or for selling alcohol during Prohibition. On the latter issue, many Americans drank anyway, and Capone had deep ties with politicians and the press. Capone served 11 years in prison and was among the first set of inmates sent to Alcatraz. Conditions were brutal, and Capone suffered from mental and neurological damage caused by the last stages of syphilis, a disease, it is speculated, he contracted during his youth. Books, movies, and TV shows about Al Capone remain perennials.

During the Doo-Wop era, the TV series The Untouchables was a major hit and aired from 1959 to 1963. It became a classic TV show. The show was the second spinoff from the Westinghouse Desilu Playhouse (The Twilight Zone was the first) and  started as a fictional two-part crime drama based on the memoirs of T-man Eliot Ness and his elite group of incorruptible agents fighting Al Capone et alia during the Prohibition era.