Two Hits from The Skyliners

The Contours Do You Love Me

Two Hits from The Skyliners 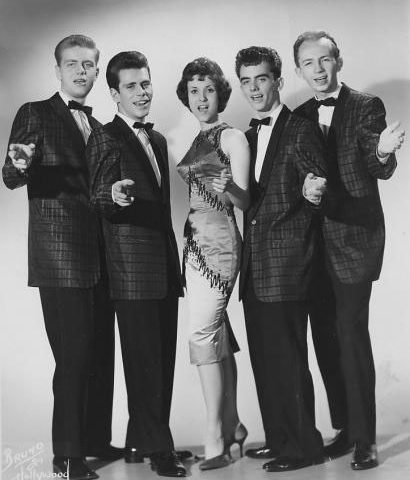 The Skyliners were a doo wop group from Pittsburgh, Pennsylvania, that featured four guys (Jimmy Beaumont, Wally Lester, Jack Taylor, Joe Verscharen) and a gal (Janet Vogel). Their biggest charting song was :”Since I Don’t Have You.” In the final chorus of “Since I Don’t Have You,” the ultra-high singing where Beaumont’s falsetto and Vogel’s soprano voices meet melts the heart. The single was released late in 1958 and eventually peaked at #12 on the Billboard Hot 100 and was among the top 5 on the R&B Chart.

Here are they lyrics to “Since I Don’t Have You” by The Skyliners:

I don’t have happiness and I guess, I never will ever again
When you walked out on me
In walked old misery
And he’s been here since then

The song has remained popular through the years and been used in films, including American Graffiti, The Adventures of Buckaroo Banzai, and Lethal Weapon 2, Mischief. The TV show Happy Days also featured the song.

The Skyliners had other charting songs, including “This I Swear,” “Pennies from Heaven,” and “It Happened Today.”

“This I Swear,” another one of the great golden oldies, was the follow-up record to “Since I Don’t Have You.” It was written by Jimmy Beaumont, Wally Lester, Lennie Martin, Joe Rock, Joe Verscharen, and Janet Vogel. (The B-side is “Tomorrow,” which is also a good song.) In 1959, “This I Swear” went to #26 on the Billboard Hot 100 and #20 on the R&B Chart. 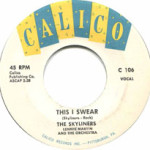 “This I Swear” features some beautiful harmonies by The Skyliners.


Here are the lyrics to “This I Swear” by The Skyliners:

The group changed membership over the years, but they continue to tour and perform today.

If you are interested in an album of music by The Skyliners, please click on the photo below:

Please click here for the Daily Doo Wop YouTube channel, to which you can subscribe. Thank you for stopping by The Daily Doo Wop.  Hope you enjoyed “Since I Don’t Have You” and “This I Swear” by The Skyliners.