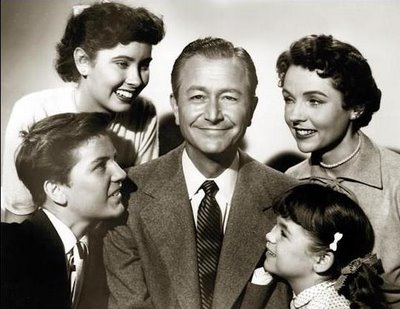 From the Golden Age of Television

There are lots of ways to get to see shows from the 1950s and early 1960s. These include the likes of MeTV and TV Land as well as Netflix, Hulu, Amazon, etc. However, as part of presenting the doo wop era, here are some things people saw on TV back in the day: Wagon Train, Father Knows Best, a Yogi Bear cartoon, and a vintage commercial for Borden’s Milk with a space theme.

Yogi Bear and Huckleberry Hound in the cartoon “The Echo.” It was written and voiced by Daws Butler. Running time: 6:00.

A vintage commercial for Borden’s milk with a space theme (that race to space was on people’s minds).  Running time: :59.

The TV in The Daily Doo Wop Rec Room has four selections for your viewing pleasure that are updated about twice a week. Just click on the TV and choose.