The Blob Trivia and Music 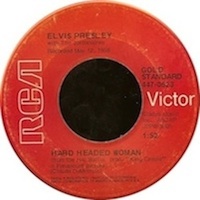 His career was soaring. Elvis was becoming the King of Rock and Roll. There were hit records: “Heartbreak Hotel,” “Blue Suede Shoes,” “Houndog,” “Don’t be Cruel,” “Love Me Tender,” “Jailhouse Rock,” “All Shook Up,” and many others. He was a movie star, a TV phenomenon, a controversial national icon. And, on December 20, 1957, as Elvis settled into Graceland, which he had purchased earlier that year, to celebrate the holidays, he received a draft notice for a two-year stint in the army. After a brief deferment to finish the movie King Creole, he became an army private in Memphis on March 24, 1958.

Elvis had carefully cultivated his hair as part of his brand. He used three different hair products: one for the back, one for the sides, and one for the top for strands to dangle on his forehead in a certain way during the excitement of a performance. The girls in the audience screamed when they cut Elvis’ hair in Jailhouse Rock. They cried again when the Army gave him the regulation haircut. (If you would like to read about the song “Jailhouse Rock,” please click here.)

Colonel Tom Parker, who managed Elvis, was a cagey old carnival man and promoter; he planned to regularly release songs Elvis had recorded before his tour of duty. Besides, he figured, this erased the controversial bad-boy image. A reporter asked Elvis if he thought his popularity would slip once he went into the service. Elvis replied, “That’s the sixty-four-dollar question. I wish I knew.”